Choose your payload: photogrammetry or LiDAR?

A picture tells 1000 words, but LiDAR paints a million points per second.

Which is the best choice?

Obviously the answer is …

Kidding! If there were a clear one-word answer, we wouldn’t be writing a blog. The decision to use LiDAR or photogrammetry depends on your application, conditions, budget and a few other considerations we will get into.

LiDAR became generally known to the public in 1971 after being used to map the moon, taking more than 600 million LiDAR measurements which are the foundation of NASA’s moon maps to this day. LiDAR remained relatively niche due to the cost of the devices, but has slowly become more accessible with the advance of manufactured miniaturisation and improved battery technology.

The first photograph was taken in 1826 and photogrammetry theorised shortly later in 1851 – so it has a sizeable head start on LiDAR. The first reported use of photogrammetry was half a century later, but until the end of WW2 was primarily used for military applications such as mapping or estimating food supplies. Digital cameras and advanced manufacturing increased accessibility, with light weight high resolution devices more cost effective and available than a few short years ago.

In the past couple decades both LiDAR and photogrammetry have substantially increased in use in surveying. In some instances they’ve replaced traditional surveying methods, but there’s also been a boom in the sheer volume of surveys conducted – mainly to feed analytics operations management and automation.

To understand which is better for a particular application first requires understanding of the central characteristics and differences between the technologies.

LiDAR is a quasi-acronym for ‘Light Detection and Ranging,’ that in a basic sense uses light in the same way as radar uses radio signals. The LiDAR device emits a laser signal, which hits a solid surface and bounces back to be registered by the LiDAR device. And it happens repeatedly! More than a million times per second with our LiDAR device.

The LiDAR instrument calculates the time taken for the return to register, as well as the intensity of the reflected laser.

The LiDAR instrument also needs to know exactly where it is and its orientation at any given moment, and carries an extremely precise satellite positioning system known as a Global Navigation Satellite System (GNSS) as well as an inertial measurement unit (IMU).

LiDAR map of a 3000-ha or 15km wide distance in Australia, showing river, tributaries, contours and vegetation through billions of points

This basic building block of the LiDAR picture is georeferenced and multiplied tens of thousands, millions, or octillions (1027) of times to build a complete picture or map.

It will now make sense that a significant differentiator of LiDAR instruments is how many points they build in a short period of time. For context, Measure Australia’s top LiDAR device – the Riegl MiniVux2 – is rated for 1 million points per second, though we’re the only business in the country flying one this advanced.

The comparison images posted provide an idea of how much more detail is available to those using the maps - often surveyors - when high resolution data is captured.

All data points are recorded and processed within a data platform to build the LiDAR images you’ve seen.

LiDAR is a professional pursuit due to the cost of the capture apparatus which is USD $150,000 - $500,000. Professional data processing and platforms are on top of that.

Photogrammetry takes a collection of geolocated two-dimensional 2D imagery and from that builds a three-dimensional 3D environment. The method uses perspective and distance to build this picture, however most modern processing is managed through specialist data platforms with built-in algorithms. Photogrammetry can only be used where there is sufficient light.

Basic photogrammetry could be practiced by an amateur, but commercial level photogrammetric rigs cost upwards of USD$20,000, so it is largely a professional activity.

How does this impact selection?

The above section provided an overview of the different photogrammetry and LiDAR approaches and technology – however how does it inform deciding to use one or the other?

The primary element elaborated on above is that LiDAR is significantly more expensive than photogrammetry.

We also noted that photogrammetry is unable to operate without ambient light, whereas LiDAR does not have that limitation.

A decision of LiDAR versus photogrammetry, or visa versa, will be strongly influenced by the accuracy required.

In broad terms, LiDAR is capable of significantly greater accuracy than photogrammetry – however in both instances the specifics of the hardware and conditions under which telemetry is collected greatly alters achieved output accuracy.

It is also worth noting that both methods will provide a slightly lower accuracy than traditional surveying but both offset that by delivering far greater point density. For example, it is quite acceptable for surveyors to take 1 point per square metre, or 1 point per 5 square metres, depending on the application. LiDAR data collection by Measure Australia delivers a minimum of 50 points per square metre, and usually around 120 points per square metre – surveyors could absolutely deliver this resolution, but it would take them years to conduct each survey. It simply is not practical.

So traditional surveyors currently have the gold medal on accuracy – the gap is closing though. In the world of surveying, there are two areas of accuracy primarily considered, which are relative and absolute accuracy.

Relative accuracy: refers to the certainty or uncertainty of measurements between two objects or features in the same surveyed field.

Absolute accuracy: is the difference between the object’s locations and their quantified known geospatial location. 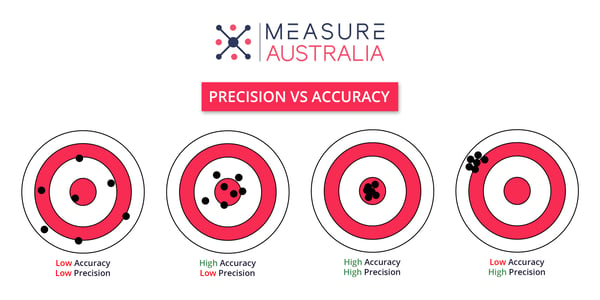 Understanding precision Vs accuracy is surveying and drone data capture

LiDAR is, as stated, highly accurate. The accuracies achieved will be based on hardware and competence of the pilots in selecting good conditions and flight paths. LiDAR accuracy can also be improved by integrating GCPs – although this may not be feasible in some conditions that drone based LiDAR data collection is indicated. Measure typically quotes 35mm accuracy for a standard job, which is more than fine for most applications. It is possible to get drone LiDAR data collection to an accuracy of 10 mm, however this requires a far larger LiDAR apparatus and UAV to support the technology and power demands – an expensive undertaking for rare and specialised applications.

Photogrammetry has a wide spread of accuracy levels, based on the hardware, number of images and data processing. High-end professional grade photogrammetry, collected and processed expertly with numerous GCPs, can achieve accuracy of 10mm on the x (horizontal) axis and 20mm on the y (vertical) axis. Especially when investigating hard surfaces rather than foliage. Average photogrammetry hardware with a few GCPs and solid processing should deliver absolute accuracy of about 100mm.

There are three components to speed of solution:

The speed of deployment to site is determined by the specific service provider’s proximity to site and network, and the service provider’s hardware disposition. Measure Australia, for example, has a network of hundreds of pilots across the country, and in almost no instances has a job been more than 2 hours away from one of our people.

“Almost no instances” – we’ve shot remote unpopulated islands off the north coast, and that took a little more than 2 hours to get a team to. Generally however, time to site is not an issue for us.

The advice here is to make your timeline requirements clear to your drone service provider, ask how long they will take and what incidentals (eg, flights and accommodation) may be invoiced. Most drone data collectors in Australia are local operators serving a particular community or industry, so you could easily be asking them to go out of service area.

There is no technology-dependent difference in time to site between LiDAR and photogrammetry.

There can be a significant difference in the amount of time to capture photogrammetry versus LiDAR.

Photogrammetry is based on capturing overlapping images that can be stitched, with overlap levels of 55% and reaching 90% for challenging terrain.

LiDAR requires small overlap for point cloud processing, with 10% - 20% overlap depending on terrain. LiDAR technology will make a difference also – Measure’s 1 million point per second instrument will capture the site and overlap far more quickly than a 100,000 point per minute device.

As a rule of thumb, LiDAR capture will be completed more quickly than photogrammetric data capture.

Data processing is rather intensive for both methods, but again LiDAR is faster and more assured. A rule of thumb here at Measure is that data processing takes about 6 times as long as data capture in the field.

Our experience however, in Australia and internationally, is that the ‘time to process’ part of the equation is driven more by the circumstances of the service provider than the processing time itself. As mentioned in ‘time to site’ considerations, most drone data capture organisations are regional and rather small – quite often the drone pilot will be the same person processing your data, so you’ll need to wait for them to come in from the field before they can even start processing. We found external service providers in the Australian resource sector commonly take weeks to return processed data (some are even months). Which is crazy, because the data gets a little more out of date every day.

In summary – LiDAR is faster than photogrammetry, but the greater consideration will be when your service provider will focus on your work. The recommendation is that you look at the SLAs in their contract and include expectations in your proposal sign off.

Operations in the field

Pilots of photogrammetric and LiDAR capture flights need to understand the effect ambient conditions will have on their medium and either mitigate it with technique, or postpone flights. Once appropriate ambient conditions are met or managed, the pilot needs to fly the most efficient route, maintain altitude, do first-pass data handling securely and adhere to specialist site requirements.

The experience and competence of pilots has been mentioned in this post already. One of the reasons this is important to flag is the explosion in drone data capture service providers in the past 5+ years – we at Measure Australia are pleased to see the industry grow, but still need to acknowledge that many or even most of these service providers are drone flight enthusiasts trying to make a living from their hobby.

I love playing table tennis, but would starve if my table tennis skills needed to pay my way.

When LiDAR data capture goes bad, it goes real bad , and usually needs to be recaptured.

When photogrammetric data capture is sub-optimal, a good data processor can massage an outcome. A sub-optimal outcome for sure, but better than nothing.

This guide should assist with matching your needs with the most appropriate tech. If you would like our guide to establishing your own drone data collection programme, please check it out. If you’re unsure talk to professional service providers for additional guidance – our chatbot is just over there at the bottom right of the screen, or leave us a message → 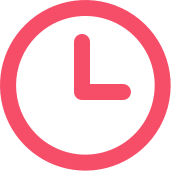 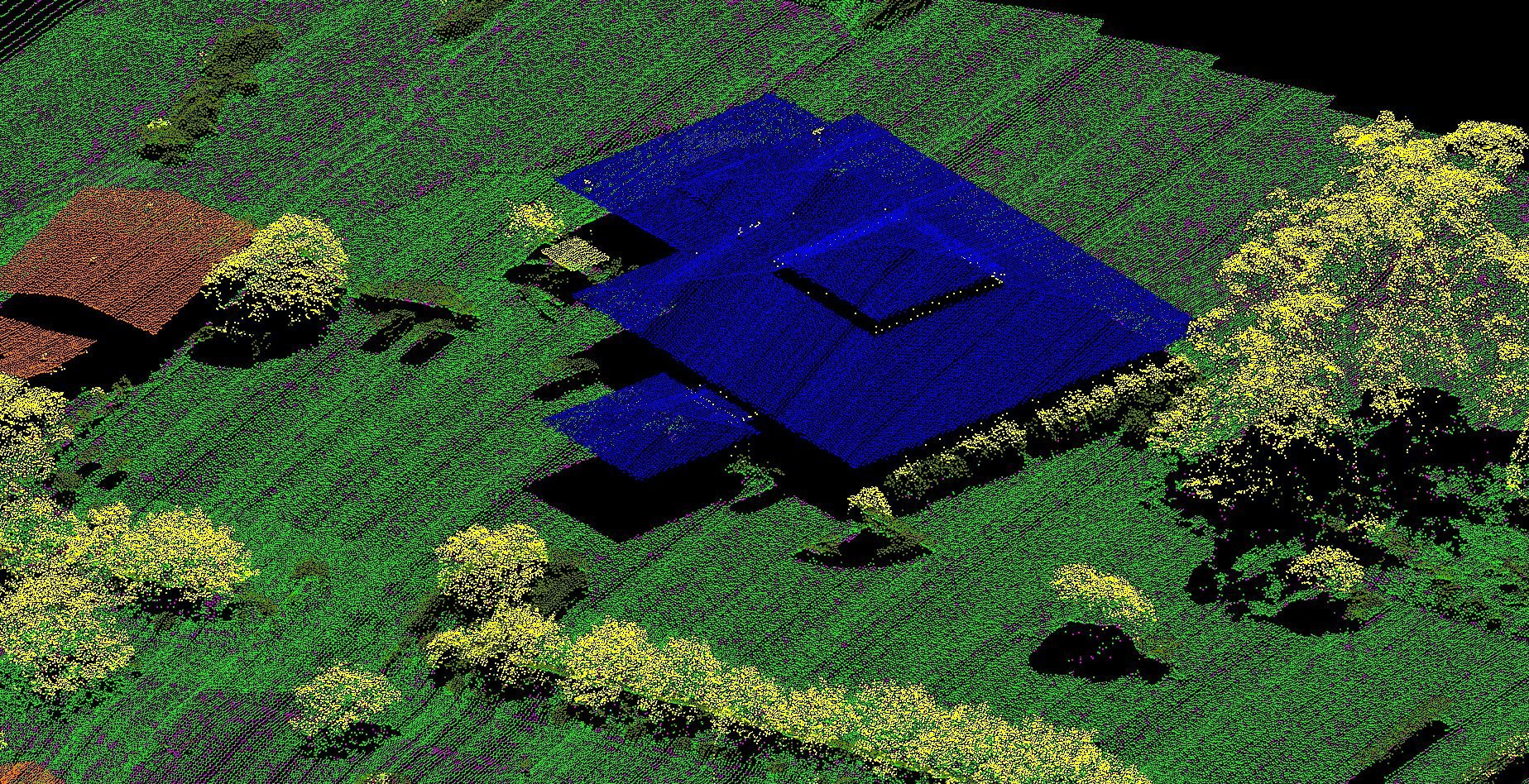 How vegetation should affect your LiDAR Vs photogrammetry decision